Shooting film in 360 degrees and advice for beginners.

On an unusually hot afternoon I found myself and the members of the Bristolian band Malago Ballroom in a very sweaty studio. The band had decided to perform a number of live sessions of songs from their EP In Between Lives and I was tasked with capturing it all.

When I say all, I truly mean all as filming in 360 degrees provides the viewer with unrestricted all-seeing access. This access provides the opportunity to look around as if you were standing in the room in real time.

Five songs were recorded in all with the plan to edit two versions of each song for publication online alongside a special live edition EP on sale. The first versions contain no cuts and gives the viewers full control to pan around to their hearts content.

The second version was somewhat more experimental. These were to be edited with cuts, panning and zooming, to be seen more as a music video where the camera never leaves the middle of the room. This version is a static video and therefore no interactive control by the user is provided.

The outcome was successful but getting there – as with any creative venture – was a journey.

Having experimented with 360 degree photography in the past and becoming a Google Trusted Photographer (with almost 5 million views on Google Street View) I was confident with the processes and considerations needed for a full spherical image.

You can plan for all the possible problems you can think of but its not until the edit can you be sure you’re going to get what you want. And this was video and not still photos.

For instance, unbeknown to me the studio ceiling lights were set to a frequency of 60ghz. Much to the annoyance, I am told, of filmmakers who have shot there to find they too have flickering footage.

Flicker can be solved but solving it becomes more tricky when your footage has a very big resolution size and also it has grain.

The footage I was left with was not ideal but luckily I was able to reduce its impact on the final videos. There were a few things I could have done better in setup such as exposure tests and to increase the height of the camera.

To anyone looking to work with 360 cameras or are looking to produce VR content, here is a short checklist I have put together to avoid falling into similar traps.

When I started experimenting with this new format in 2015 there where very few choices of cameras and even less choice if you were short on money. The first camera I worked with was the Samsung Gear (first generation) which had good photo fidelity, that was until the condensation between the glass and the lens caused havoc.

Now though the landscape is better as 360 has become more mainstream and so have the tools and price points that are available.

It’s important to consider your mounts as the image captures everything. From experience, tripods aren’t the best supporting equipment. They cover a large base area of the photo and often have handles, knobs and screws that awkwardly obscure the image. The easiest solution: use a monopod.

Possibly the most delicate consideration is getting a good balance of light in both halves of the sphere. This is very important when shooting virtual tours and can be difficult to control. I recommend to shoot in RAW and to place the camera in well-lit natural light and airy spaces.

Camera positioning can affect the experience drastically. There are three factors to consider. First, the height of the camera should have a comfortable line of sight. Keeping it around eye level is the Goldilocks region as you don’t want the subjects to tower over you, nor should you tower over them.

Second, the pitch refers to the 3D space within your image/video, also known as the Y axis. This refers to how much you want the angle the camera position up or down within the space.

Third, the roll on the otherhand is forwards and backwards which can also be called the Z axis or the tilt.

For successful 360 photographs, both pitch and roll should be 0 degrees to maintain an even and straight horizon.

Depending on how long you decide to shoot for, you should always have spare batteries and SD cards to hand. Battery is important as you’re unlikely to want to have cables on the ground unless you can hide them or you plan to remove them in post.

When editing your 360 footage, one of the most common processes is removing any artefacts below the camera.

From experience, there are two ways of achieving this. The first and the preferable option is to use Photoshop (or your photo editor of choice) to re-touch and remove. I switch between two main tools to carry out this task.

First, the clone stamp tool to easily sample around the tripod. I also use the healing tool to blend areas and therefore create a realistic ‘floating’ immersive image.

The second and much faster alternative is to implement a ‘tripod cap’.  This is essentially a logo or block of colour that can be placed over the base of the image to block and mount from view.

There we have it, some basic tips to get you on your way to producing immersive content.

You can find out more about Malago Ballroom here. 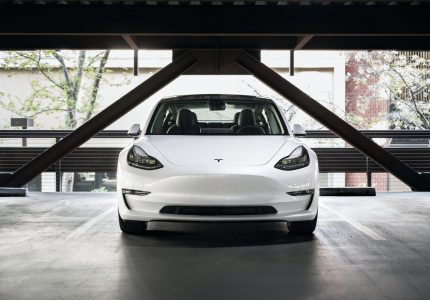