Cover art and promotional design for punk rock band The New America's EP, titled 'Going To The Races (Dressed Like A Racist)'.

Create artwork that reflects one or more of the themes explored within the song (masculinity, hooliganism and British class), while balancing the aesthetic between traditional grunge punk design and a more contemporary and commercially accessible minimalism.

This lively and energetic EP ‘Going to the Races (Dressed like a Racist)’ commentates on the bizarre world of horse racing and its intersection between the British class system and hooliganism that would usually be associated and seen on the football terrace. Swapping the football shirt for a cheap suit is only surface level. It’s an ode to pretending you’re something you’re not, whilst beating up the same, participating in blood sports on both sides of the fence.

The 19th Century photographer Eadweard Muybridge who pioneered the development of photographic motion sequence is perhaps best remembered for The Horse in Motion (1878). A sequence of photographs capturing movement clearly and for the first time, capturing truth through technology. He proved a horse’s hooves are completely aloft briefly during a stride.

Interesting too are the parallels between Muybridge’s themes in his broader body of work that still persist in the 21st Century. The growth of capitalism, nationalism, the leisured middle class and the fast expansion of technology and the landscape. Researching Muybridge’s personal life also revealed his acquittal of murdering his wife’s lover under now defunct ‘justifiable homicide’. All this fed into a strong basis to form an idea for the artwork around these historic images.

The idea was to intercut Muybridge’s old photographs from his Animal Locomotion series of a horse running and jumping – like at the races – with a naked man running. This is not only peculiar, but it also represents the link between man and beast and the dark cynicism and savagery that we’ve been conditioned to think is human nature.

In addition, I expanded on the fact that for The Horse in Motion, frame 12 was never used. Before digital, the process of editing film by hand was a meticulous craft. Every frame and strip of negatives were analysed and annotated with notes and scribbles. I incorporated this idea as it comfortably fit with the punk feel. I peppered racing jargon and silly horse names (an idea that is further explored in the promotional material) throughout the design.

It became apparent from initial discussions that the band wanted to distance themselves from the more hardcore grungy aesthetic of punk rock. But it remained important to loosely reference 1980’s punk and its DIY nature in terms of design history.

The challenge therefore was to ensure the design wasn’t too soft that it might take away the effect and shock factor the band were after. But also, carefully considering the design so that it doesn’t appear too harsh that it may stray into a genre they’re not. Striking a balance of a minimal punk hybrid was difficult, whilst also remembering the audience often recognise the genre subliminally from the artwork of a record.

To accompany the artwork, assets were also designed for social media marketing. I pitched an idea based on an observation I made during research. Race horses must be named with unique names so that they can be easily distinguished. The results of which can appear comical or ludicrous. With examples chosen for how they will sound such as ‘AARRRRRRR’, or for the pun ‘Hoof Hearted’, and others are just weird ‘Eighteencharacters’.

As a result we created 7 fictional horse names and I designed a set of Polaroids with a corresponding horse and race number that was used as a countdown to the EP release. 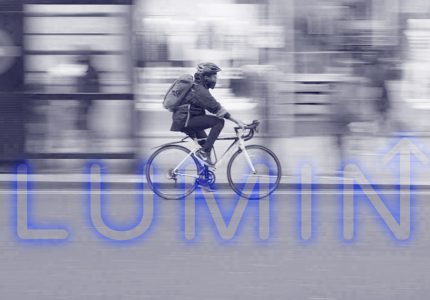